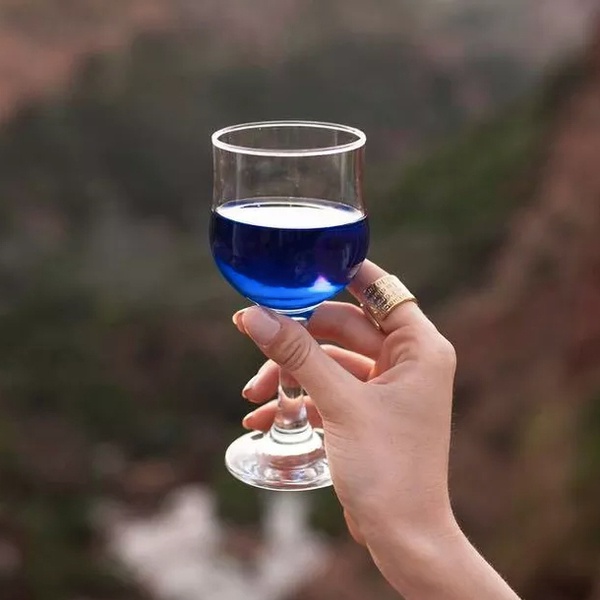 In summer 2016, the internet lost its mind over “blue wine,” then a brand-new, brightly hued product by the Spanish company Gik. After the media splash, U.S. wine drinkers pre-ordered more than 30,000 bottles through Gik’s website — but the neon-blue, chilled sweet white wine never shipped stateside. Now, Gik announces it’s finally coming to the U.S. (in stores in Miami, Boston, and Texas) after weathering a regulatory controversy that resulted in the lengthy delay.
The six-person team behind Gik, all in their early twenties, pushed boundaries with their idea: They mixed the must, aka the fruit juice, of white and red grapes from vineyards in La Rioja, Zaragoza, León, and Castilla-La Mancha with two different natural substances — indigo dye and anthocyanin, a pigment found on grape skin — to turn it blue. The wine took two years to develop and, after a pilot trial in Spain in 2015, the bottles hit European market one year later.

Visit the original source of this trend at www.eater.com
Back to Trends Listings
Tweet