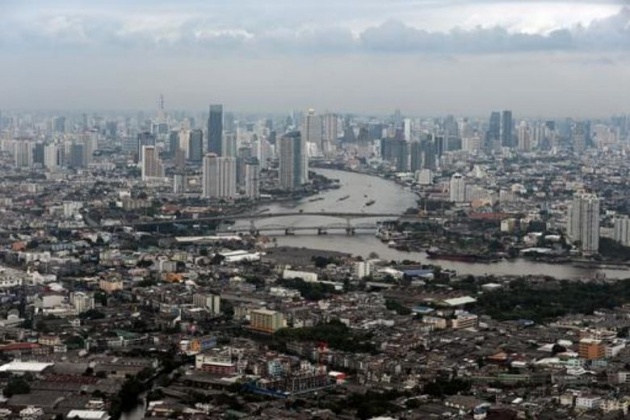 Big-name corporations still rank high on the lists of first-time job seekers, but young people in Thailand have begun to follow the worldwide trend of working for start-up firms that rely on technologies and the opportunities that come with them. The situation signals significant changes in the economy from the smallest to the biggest levels. Simply put, size doesn't matter as much as before, as far as those seeking their first jobs are concerned. This is very different from the recent past, when young graduates would aim for big companies, as the employers' massive capital guaranteed job security, and when "playing safe" meant not trusting business newcomers. Recent surveys showed that Siam Cement Public Company Limited, widely known as just SCG, was one of the most popular among newly graduated job seekers. There are other big firms on the top-10 list, but the shift in attitude is also obvious. Young professionals of today don't like crowded or "bulky" workplaces as much as before and a sizeable number would prefer "small but nice" start-up companies. One reason for the attitude change, as cited by people interviewed, is that "seniority" does not get in the way in emerging, compact companies as much as in big firms. This seems to more or less support the popularity of SCG, as the company is well known for its considerable focus on creativity regardless of employment duration. Last year, American first-time job seekers were overwhelmingly searching for work at start-ups. Actually, more first-time job seekers were looking for employment at start-up companies than at big-name ones. This was despite criticism that included uncertain salaries and benefits, a corporate culture that may keep changing, unclear organizational charts which led to unclear supervisory structures, relatively scarce resources and constantly immense work pressure.

Visit the original source of this trend at www.straitstimes.com
Back to Trends Listings
Tweet