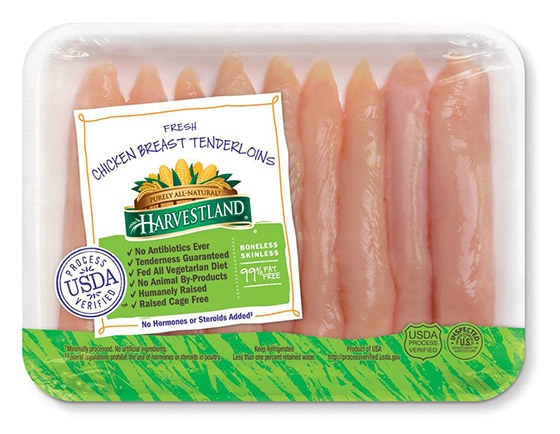 Weird-looking natural food stores were once considered to be on the fringes of urban grocery stores. But as eating healthfully has become normalized, natural food emporiums like Whole Foods in the USA and Food Lover's Market in South Africa have become the mainstream markets for a large, wealthy segment of the population. Meanwhile, as the consciousness of customers has been raised, mid-range supermarket brands are now heading in the same healthful direction, and their suppliers are creating new and improved products. Antibiotic-free chicken is a good example of this trend. A few years ago, few people in the US, Europe and elsewhere cared enough to make drug-free chicken a priority. Today, the meat comprises about 10 percent of the market and the segment is growing rapidly. Just this week, Purdue, one of America's largest chicken producers launched the Harvestland brand, joining an ever-increasing number of fast-food chains like Chipotle and Chick-fil-A in offering antibiotic-free birds. Consumers, along with governments and the medical community, are belatedly reaching the consensus that pumping antibiotics into the food chain is creating dangerous resistances in microorganisms that are dangerous to humans. 2014 marks a tipping point when drug-free meat boomerangs into a fast-growing segment.

Visit the original source of this trend at www.harvestlandbrand.com
Back to Trends Listings
Tweet