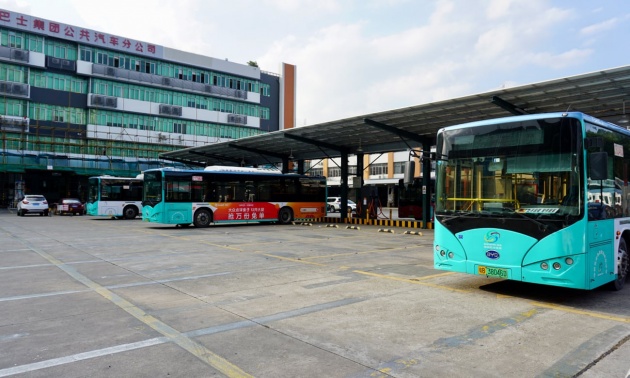 All 16,000 buses in the fast-growing Chinese megacity are now electric, and soon all 22,000 taxis will be too. Shenzhen now has 16,000 electric buses in total and is noticeably quieter for it. “We find that the buses are so quiet that people might not hear them coming,” says Joseph Ma, deputy general manager at Shenzhen Bus Group, the largest of the three main bus companies in the city. “In fact, we’ve received requests to add some artificial noise to the buses so that people can hear them. We’re considering it.” The benefits from the switch from diesel buses to electric are not confined to less noise pollution: this fast-growing megacity of 12 million – which was a fishing village until designated China’s first “special economic zone” in the 1980s – is also expected to achieve an estimated reduction in CO2 emissions of 48% and cuts in pollutants such as nitrogen oxides, non-methane hydrocarbons and particulate matter. Shenzhen Bus Group estimates it has been able to conserve 160,000 tonnes of coal per year and reduce annual CO2 emissions by 440,000 tonnes. Its fuel bill has halved.