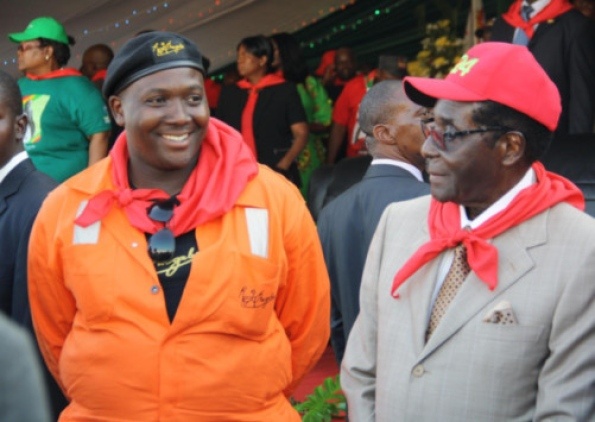 ShareSave to Favorites
Added 31 May, 2013
Designers James Pande and Herbert Huruba say young Zimbabweans can’t get enough of their jumpsuits. And they are even getting orders from outside the country. Available in green, yellow, orange, red and white, the one-piece suits were originally designed for delegates attending a conference of Mr. Mugabe’s Zanu-PF party last year and bear the 89-year-old president’s signature across the front. But it doesn't come without controversy in this country headed by a much-maligned dictator. Youth militias dressed in not-dissimilar green uniforms rampaged through Zimbabwe’s rural areas after Mr. Mugabe lost the first round of voting in March 2008, attacking anyone suspected of supporting Morgan Tsvangirai’s Movement for Democratic Change party. Nor are they cheap. At about USD $30 a piece, the overalls are considered expensive in a nation where many earn less than $300 a month. Especially if you want the matching beret as well. Promotional materials show models pairing the overalls with stilettos, knee-high boots and the dark glasses Mr. Mugabe favors.
Visit the original source of this trend at www.scotsman.com
Back to Trends Listings
Tweet