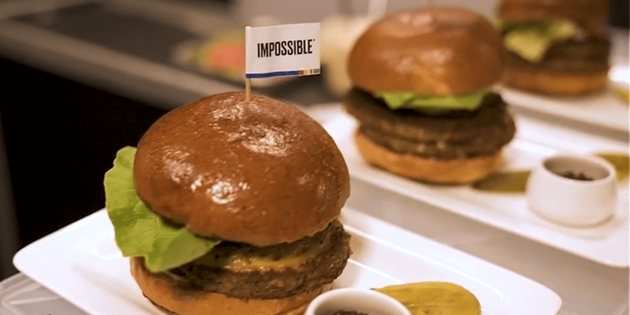 Air New Zealand says they're giving business class customers a taste of the future, by being the first airline in the world to serve the award-winning, plant-based Impossible Burger. The new inflight collaboration with Silicon Valley food tech start-up Impossible Foods is now available as part of its business premier menu on flights from Los Angeles to Auckland. Impossible Burger's magic ingredient is an iron-containing molecule called heme which comes from the roots of soy plants. The heme in the Impossible Burger is the same as the heme found in animal meat. The result is a plant-based burger patty that has been claimed to cook, smell and taste like beef but contains no animal products whatsoever. Air New Zealand’s inflight customer experience manager Niki Chave says the airline has been watching Impossible Foods for some time and has been impressed with the work it's doing.

Visit the original source of this trend at www.tvnz.co.nz
Back to Trends Listings
Tweet