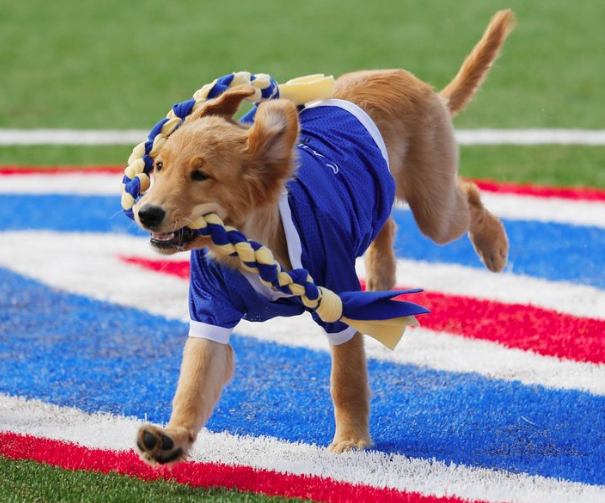 ShareSave to Favorites
Added 23 August, 2013
More and more American universities are installing dogs as their school mascots. Leaders include Texas A&M's mixed-breed dog Reveille, University of Georgia's bulldog, Uga, and the University of Tennessee's Bluetick Coonhound named Smokey. Now the University of Tulsa is going to the dogs, with its own school ambassador, a heart-stealing retriever named Goldie (pictured). Starting in 2014, Goldie will lead football players onto Skelly Field, roam the sideline during games and even retrieve the kicking tee after kickoffs. And when she's not at Chapman Stadium, she'll be a significant part of TU's community service goals, visiting nursing homes and children's hospitals and even schools. Look for this trend to expand to a school near you.
Visit the original source of this trend at www.tulsaworld.com
Back to Trends Listings
Tweet