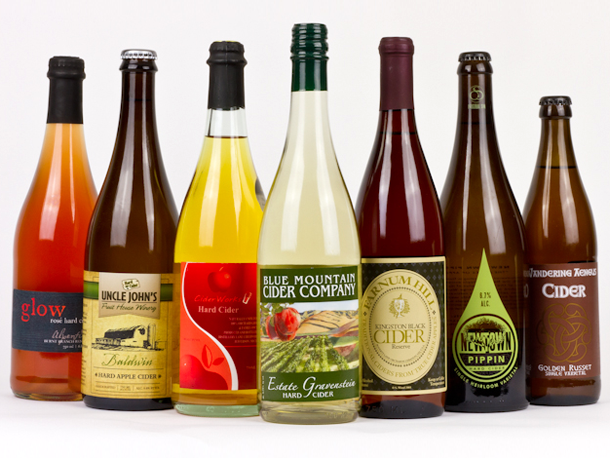 ShareSave to Favorites
Added 10 May, 2013
Hard cider’s popularity is accelerating, according to research firm GuestMetrics, which analyzes point-of-sale data at full-service restaurants. Cider sales in restaurants grew by 40 percent in 2012. But year-over-year sales in the first quarter of 2013 jumped by 70 percent, the company said. Several restaurant chains added cider this spring, including 223-unit California Pizza Kitchen and 66-unit Smokey Bones. The Counter, a 37-unit casual-dining chain based in Culver City, Calif., offers cider, too, and 1,550-unit Chili’s also recently marketed hard cider. This summer we are likely to see second-generation versions of cider, according to Anthony Norkus, the craft and specialty grand manager at Louis Glunz Beer Inc. in Lincolnwood, Ill. “We’re going to see a lot of experimentation with cider,” he said, such as barrel-aging and the addition of hops near the end of the fermenting process, adding a floral aroma that can be found in beers such as India pale ales.
Visit the original source of this trend at nrn.com
Back to Trends Listings
Tweet