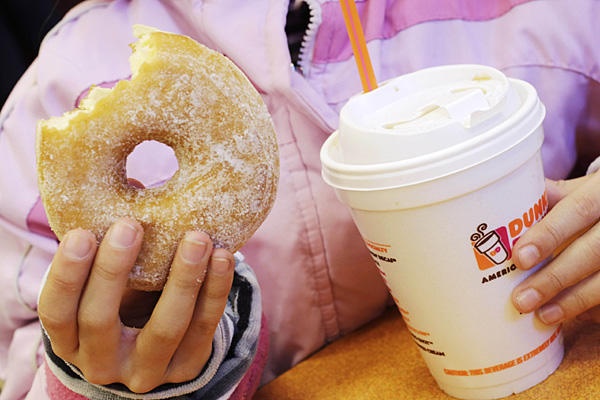 ShareSave to Favorites
Added 21 June, 2013
Dunkin' Donuts will begin selling gluten-free doughnuts and muffins across the US this year, becoming the first nationwide chain to offer gluten-free pastries. While competing chains, including Starbucks and McDonald’s, have yet to add gluten-free pastries to their menus, Dunkin’ Donuts is hardly alone: it has jumped on a fad that has taken off in recent years, as more American consumers pick up gluten-free products in grocery stores aisles. While only one in every 133 Americans has celiac disease, a condition that doctors say can make gluten consumption harmful, nearly one in three adults say they want to cut down or completely eliminate their gluten consumption, which is what places this behavior squarely in fad territory. The rising popularity of “gluten diets” may in part be fuelled by celebrities promoting gluten-free lifestyles.
Visit the original source of this trend at www.csmonitor.com
Back to Trends Listings
Tweet