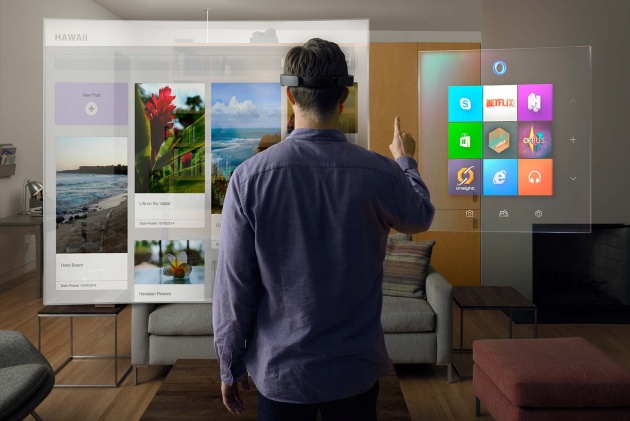 Augmented reality (AR), which has been the stuff of dreams for decades, is about to get its close-up. Tech companies have already seen the potential and are gearing up AR products and services not only for entertainment but for work, personal organization, and other everyday tasks. Microsoft is looking to be a major player via its HoloLens goggles which promise to help with many of life’s most mundane tasks by pinning a virtual interface onto our physical world. If the reality lives up to the hype, this will be a powerful and impressive new tool that can do everything a laptop computer can do, but without the laptop. Hand gestures will move objects on the headset screen, which will even be able to broadcast films and create virtual pets. In short, HoloLens attempts to bring virtual reality out of the realm of sci-fi and into our everyday lives.

Visit the original source of this trend at www.microsoft.com
Back to Trends Listings
Tweet