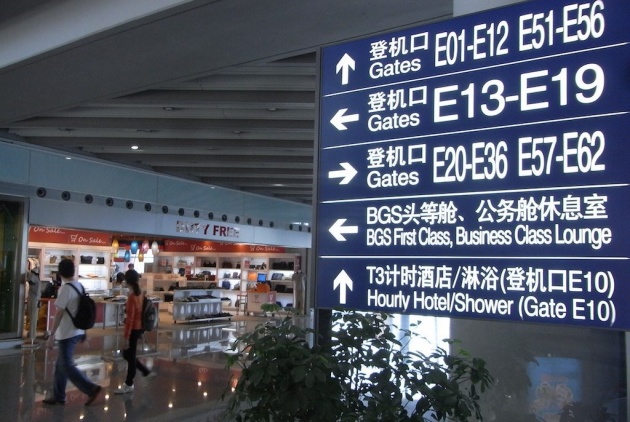 Already benefiting from a surge in international and domestic travel, the nation’s listed airports have received an extra boost this year: the first increase to domestic takeoff and landing fees in a decade and a doubling in the commissions they can charge duty-free operators.
Such positive news has already shown up in their share prices. Beijing Capital International Airport Co. has climbed 54 percent this year, while Shanghai International Airport Co. and Guangzhou Baiyun International Co. are up at least 36 percent. Despite those gains, they’re still undervalued as the market has underestimated the impact from the new duty-free contracts, which don’t kick in until late this year, according to Nick Langley, co-chief investment officer at RARE Infrastructure, which is 75-percent owned by Legg Mason Inc.
“It’s our view that the earnings growth will be reasonably substantial for the next few years and we don’t believe the market has priced that in today,” said Sydney-based Langley, who’s recently been adding to his holdings of Chinese airports. “We’re expecting pretty substantial upsides in share prices, even from here.” Chinese travelers' love of duty free is not just creating a bonanza for Chinese airports. Chinese passengers are buying so many goods at stores in North America, Europe and Australia that many retailers are designing shops to cater to them.