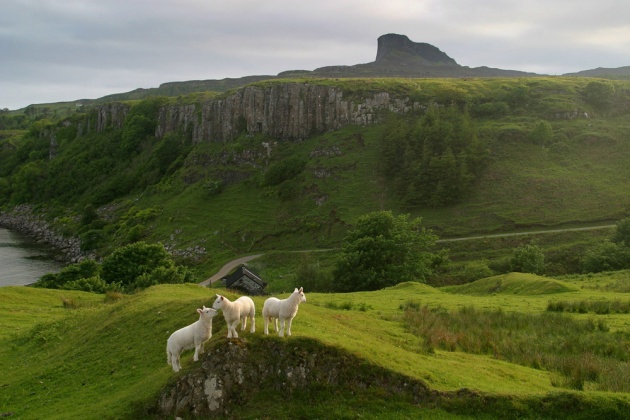 The isle of Eigg in the west of Scotland is home to about 100 permanent residents. By most accounts, it's a pretty nice place. It's people are committed to keeping it that way with sustainable strategies that aim to create all of their electricity from renewable sources. In order to be one of the first in the world to do so, they better hurry, as the entire country of Iceland is hot on their heels, already creating almost all of their energy from renewables like hydro and geo-thermal power. Back in Eigg, the energy mix is coming from solar panels, wind turbines and hydroelectric plants, all of which are on a grid that operates completely separately from the UK’s national grid. Meanwhile, across the Atlantic in the Caribbean, several island states have signed onto a pledge set by country leaders led by Richard Branson to make their lands more reliant on sustainable energy. One way or another, renewable energy is gearing up for its moment.

Visit the original source of this trend at www.nationofchange.org
Back to Trends Listings
Tweet