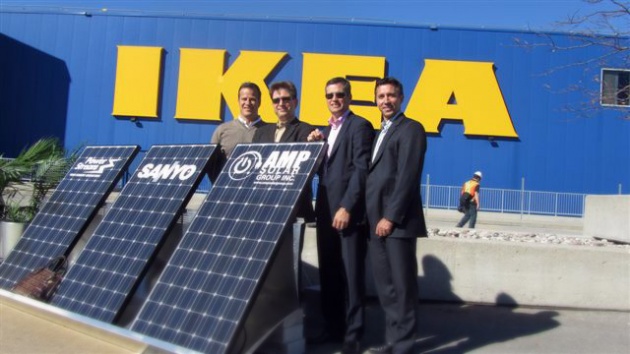 ShareSave to Favorites
Added 1 October, 2013
We recently heard from real estate agents that solar panels are the new "must-have" accessories for homebuyers in the US and Europe. The trend is marching on and going even more mainstream as solar panels are being sold relatively inexpensively in stores around the world, including the Home Depot and Lowe's in the United States. . The Swedish home furnishings giant IKEA started putting solar panels on the roofs of some stores years ago. But this week they are announcing that they are selling inexpensive versions for homeowners to put on their own roofs. The residential solar panels will first go on sale in Britain, and if successful, will go worldwide. The system costs 5700 British pounds (about $9300) and includes installation, and investment that will pay for itself in about seven years. "In the past few years the prices on solar panels have dropped, so it's a really good price now," IKEA Chief Sustainability Officer Steve Howard told The Associated Press.
Visit the original source of this trend at www.ikea.com
Back to Trends Listings
Tweet