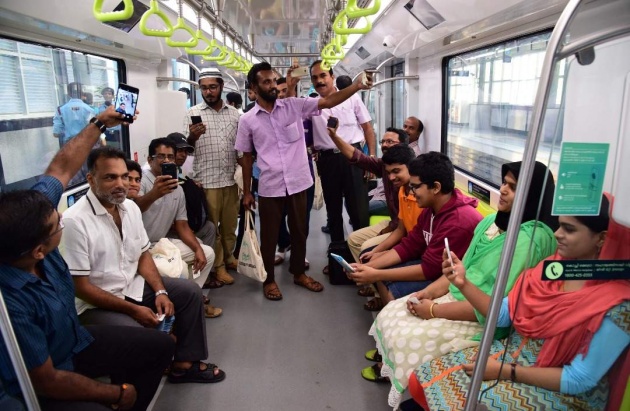 NEW DELHI: Going ahead with its green initiatives, Railways launched first Diesel Electric Multiple Unit (DEMU) coaches equipped with solar-power where fan and lighting in coaches will be through solar energy.
The project will help offset carbon emissions by 9 tons per coach per year and also save about 21,000 litres of diesel for a solar-powered DEMU with six trailer coaches, thereby bringing cost saving of Rs 12 lakh every year.
The train was flagged off by Railway Minister Suresh Prabhu from Delhi’s Safdarjung Railway Station. The installed solar rooftop system will generate 7200 KW of energy per year per system which will be used for powering internal lights, fans and other electrical systems of the coach and has a battery backup.
A project by Indian Railways Organization for Alternate Fuels (IROAF), a unit of Indian Railways that works to promote bio-diesels and other environmentally benign alternative fuels for India’s rail network.
A total of 16 solar panels of 300 Watt panel has been installed on the roof of the coach to generate the requisite power.

Visit the original source of this trend at www.newindianexpress.com
Back to Trends Listings
Tweet