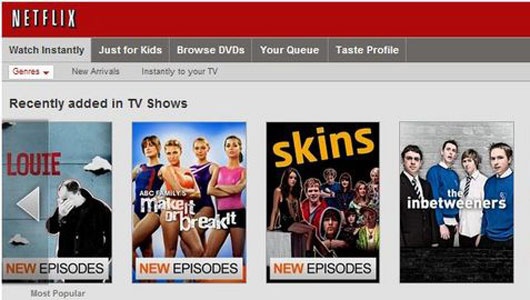 ShareSave to Favorites
Added 16 December, 2013
A trend is a sustained movement in any measurable direction. As we see time and again, once a trend gets going it is usually hard to stop it. In other words, trends usually get more so. Binge watching TV is a good example of this. A buzz term just a year ago, viewers have embrace the idea of watching multiple episodes of a show in a single sitting so much that, according to a new survey 61% of Netflix viewers are now binge watchers. While the TV industry doesn't particularly like the term, because the word "binge" has negative connotations, they are adapting to this new marathon viewing behavior by releasing entire seasons in one go. The trend is becoming entrenched due to a confluence of events that include higher-quality televisions, easy digital downloading, and a challenging economic climate that keeps people at home more often.
Visit the original source of this trend at secure.onlineprocessing.biz
Back to Trends Listings
Tweet