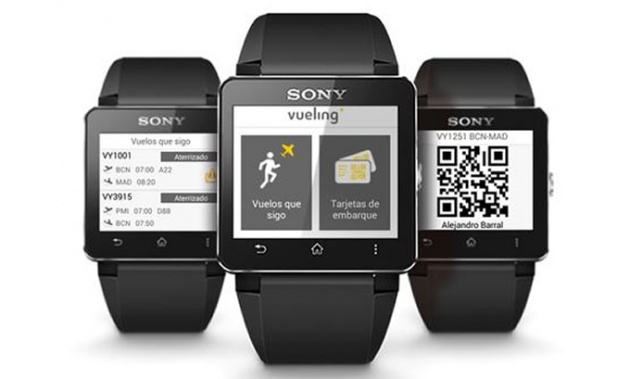 Regular readers of WikiTrends know that 2014 is the tipping point for smartwatches, and now a host of handy new apps are showing their stuff. Finally, a compelling reason for frequent flyers to arm themselves with a smartwatch: the ability to carry both their boarding pass and flight information on their wrist. Designed with Sony's Smartwatch 2 in mind, Spanish hybrid LCC has joined forces with Virgin Atlantic to create Vueling, an Android-based App that launches this month on Google Play. With Vueling, passengers will be able to check in with a 2D boarding card on the watch's display, which will also carry information about upcoming flights, similar to the functionality offered in many an airline's smartphone apps, only there it is, on the back of your hand. Travelers, especially embrace the idea of being connected anywhere, anytime, and want their information close at hand. This year may see a whole new generation of smartwatch devices from Google, Microsoft, Apple and Samsung come to market, with some forecasters estimating that global shipments will exceed 5 million by year's end – a massive increase on the 500,000 units shipped in 2013.

Visit the original source of this trend at blogs.sonymobile.com
Back to Trends Listings
Tweet