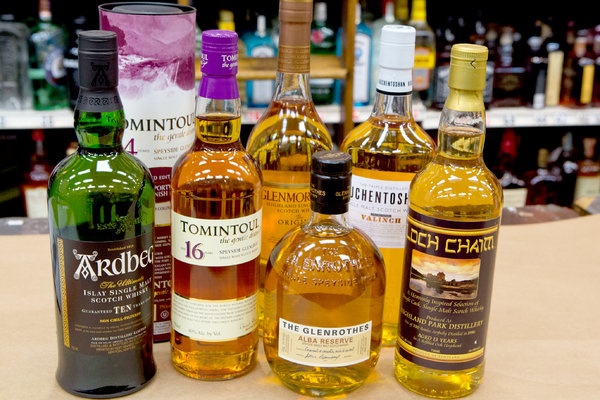 ShareSave to Favorites
Added 17 June, 2013
For avid whiskey lovers, few events are more eagerly anticipated than WhiskyFest, an enormous tasting that touches down in several American cities throughout the year. But when sponsors of the New York festival suddenly moved it last year from Tuesday to Friday and Saturday, many regulars were unable to attend. An alternative arrived suddenly in the form of a new one-night event, held on the eve of WhiskyFest. Despite little time to advertise, it drew a crowd of 250 to its unlikely Manhattan location: the West Side Institutional Synagogue. These whiskey devotees, it turned out, were Jews shut out of the big event because they observe the Sabbath. And to drive home the point of the tasting, its founder, the fledgling Jewish Whisky Company, called it Whisky Jewbilee. Whiskey has numerous fan bases, but few are more devoted — and arguably less noticed by the press and public — than Jews, particularly observant Jews. Synagogues are increasingly organizing events around whiskey, and whiskey makers are reaching out to the Jewish market. Part of the spirit’s appeal to many Orthodox Jews is that most whiskey is naturally kosher. In contrast, wine, owing to its long connection to Jewish tradition, must satisfy many regulations to earn a hechsher, the symbol of kosher certification. But that hasn’t stopped prominent Scotch producers like Glenrothes, Glenmorangie, Ardbeg, Bowmore and Auchentoshan from courting the Jewish consumer by obtaining official kosher certification for certain bottlings.
Visit the original source of this trend at www.nytimes.com
Back to Trends Listings
Tweet