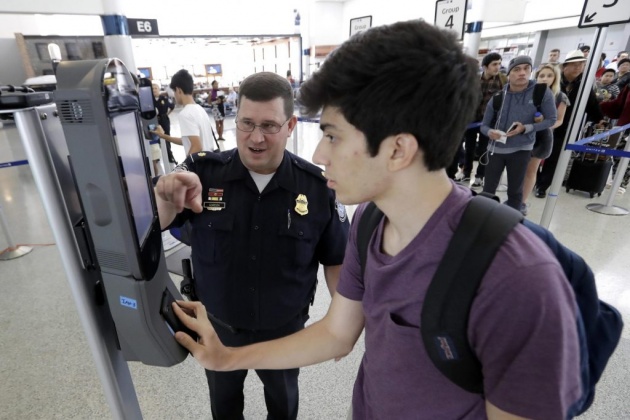 The Department of Homeland Security says that scanning every international passenger is the only way to successfully expand a program that tracks nonimmigrant foreigners. They have been required by law since 2004 to submit biometric identity scans, but to date have only had their fingerprints and photos collected prior to entry.
Now, DHS says it’s finally ready to implement face scans on departure, aimed mainly at better tracking visa overstays but also at tightening security. But, the agency says, U.S. citizens must also be scanned for the program to work.
Privacy advocates say that oversteps Congress’ mandate.