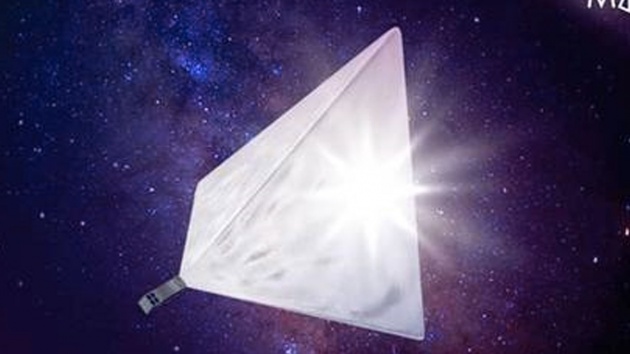 ShareSave to Favorites
Added 20 July, 2017
An experimental Russian satellite is set to become the third brightest object in the sky behind only the sun and the moon. Developed by the Moscow Polytechnic University, the satellite Mayak – the Russian word for "beacon" – is preparing to unfurl a giant, pyramid-shaped sheet. The experiment is part of a crowdfunded campaign initiated by an advertising company called 12 digital. The agency wants to explore how practical it could be to launch enormous advertising "billboards" into outer space, however Mayak isn’t quite that. Yet.
Visit the original source of this trend at www.9news.com.au
Back to Trends Listings
Tweet