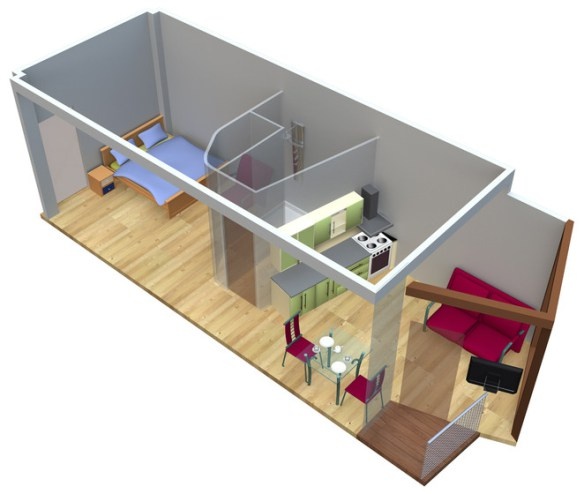 ShareSave to Favorites
Added 19 November, 2013
America is famous for doing everything big. Big houses, big cars, big refrigerators and more. But times, they are a-changin'. US realtors are now reporting a growth in so-called micro-apartments that are sometimes small as 200 square feet (18 square meters). What's behind this change? Economics, of course. The expense of a large home, or carrying a mortgage for one has grown far less appealing than it once was, especially since, in many American cities, real estate can no longer be counted on to return profits as it once so reliably did. A second reason behind the trend is that more Americans are living alone for longer amounts of time before getting married. For many city-dwelling Asians and Europeans, micro-apartments have been a normal part of life for quite some time, but for Americans looking to live in the heart of a city, such small spaces are becoming the new normal.
Visit the original source of this trend at realtybiznews.com
Back to Trends Listings
Tweet