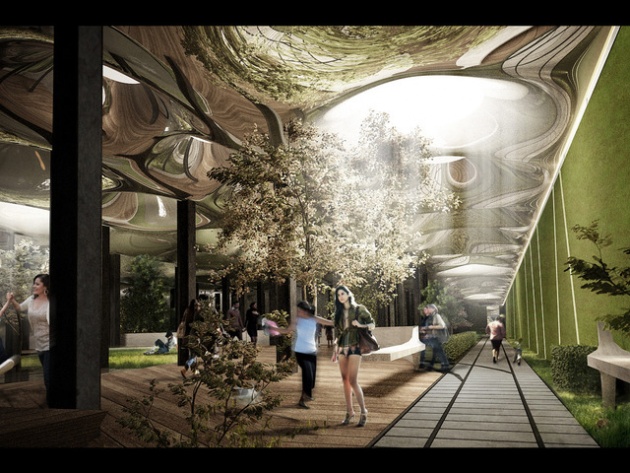 ShareSave to Favorites
Added 28 July, 2013
A subterranean park in New York City just got critical political support for it to go forward. Dubbed the Lowline, as a humorously named counterpoint to the city's Highline on the other side of Manhattan, will be built inside the former Williamsburg Trolley Terminal, a depot for streetcars that was opened in 1903 and in service until 1948 when streetcar service was discontinued. It has not been used ever since. Despite six decades of neglect, the space still retains some incredible features, like remnant cobblestones, crisscrossing rail tracks and vaulted ceilings. It is also directly adjacent to the existing JMZ subway track, so park visitors and subway riders would interact daily. Remote skylights, designed by James Ramsey of Raad Studio, will deliver sunlight below ground using advanced optical systems.
Visit the original source of this trend at thelowline.org
Back to Trends Listings
Tweet