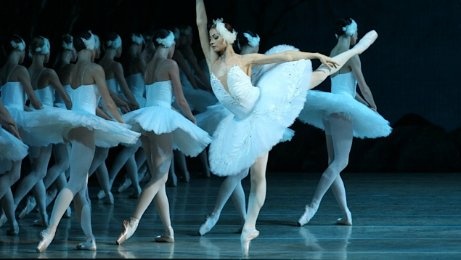 ShareSave to Favorites
Added 14 May, 2013
As part of its 275th anniversary, the world-famous Mariinsky Theatre in Russia presents a live broadcast of Swan Lake produced by Mariinsky Ballet, Glass Slipper and Cameron Pace, James Cameron’s 3D production company. This adaptation of Tchaikovsky’s Swan Lake was originally staged at the Mariinsky in 1895, and is the basis of all modern productions. Although it has been successfully screened as a recorded 3D release, this will be the first time Swan Lake will be presented theatrically live in both 3D and 2D. The production will include red carpet footage featuring an invited guest list of Hollywood stars, an exclusive history of the Mariinsky, and include narration from a high profile &quot;storyteller.&quot;
Visit the original source of this trend at www.curzoncinemas.com
Back to Trends Listings
Tweet