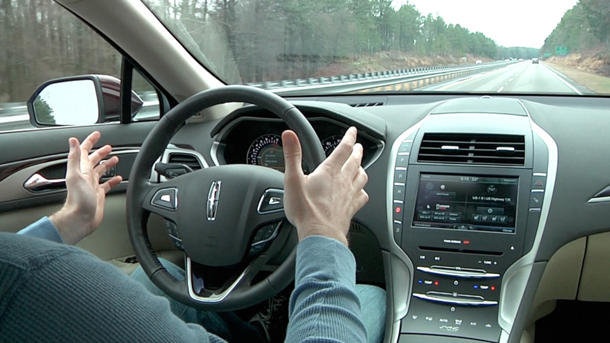 ShareSave to Favorites
Added 7 January, 2013
The MKZ (and its Ford cousin, the Fusion) use a new system called Lane Keeper that literally steers the car down the road. A forward-looking camera mounted in the windshield mirror assembly reads lane markings and, if it determines you’re about to drift out of your lane, steers the car back toward the center of the lane. Other companies offer conceptually similar systems that attempt to do the same thing by dragging the brakes on one side of the car, but the Lincoln system is hugely more effective. You start to drift out of your lane, even going around a corner, and the steering wheel magically cranks over and points you back toward the centerline.
Visit the original source of this trend at autos.yahoo.com
Back to Trends Listings
Tweet