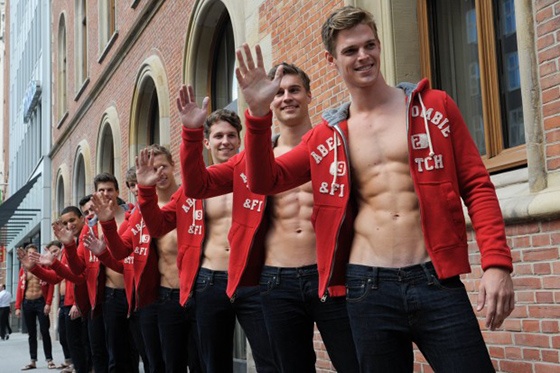 ShareSave to Favorites
Added 2 September, 2014
People of a certain age remember when the names of clothing manufacturers only existed on labels sewn into the inside of garments. It wasn't until the 1980s that brand names started to be emblazoned prominently on the front of clothes, a phenomenon that allows people to "show off" their good (read: bad) taste. The strange prominence of designer labels was satirized in the hit 1985 film "Back to the Future" when protagonist Marty McFly took the alias "Calvin Klein" after the name sewn onto his purple underwear. In the trends industry, we have long seen that people who flaunt designer logos are looking to broadcast social signifiers they hope will raise their social standing amongst their peers. Children, and people from new-rich BRICs countries particularly embrace this trend. But that may be changing. In America, at least, designers are noticing that it is now becoming uncool to wear other people's names on your clothes. Following several years of declining sales for their big logo products, many brands, including Abercrombie & Fitch and its sister brand, Hollister, are reacting to this trend by reducing the size of the logos they put on their clothes. They are hardly alone. Louis Vuitton, Michael Kors, Coach and many others are limiting their logo offerings in the US, though not yet in Europe. It is not surprising that, as American kids get richer, they are eschewing wearing logos and embracing "old money" aesthetics.
Visit the original source of this trend at www.mediapost.com
Back to Trends Listings
Tweet