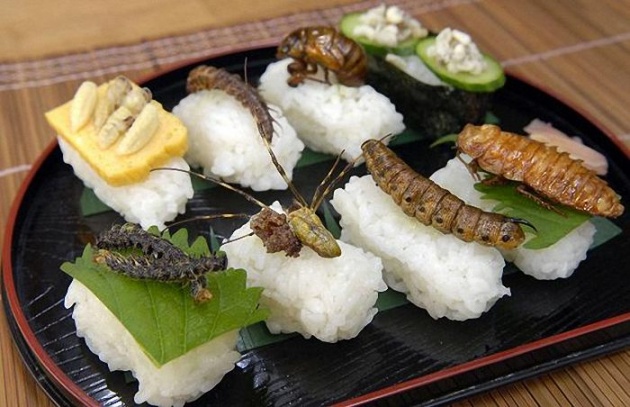 ShareSave to Favorites
Added 24 June, 2014
Actual grubs just might be the next frontier of grub. Of course, this is nothing new in Asia, where locusts, crickets, bamboo worms and scorpions are already considered to be a staple part of diets. Now the bugs are coming to North American and Europe. A recent report by the United Nations Food and Agriculture Organization enumerates some 2000 edible insect species and advocates for humans to make them a greater part of our diets. Nutritionists, after all, have long been touting the high protein content of insects, without the fat. Now several restaurants in the USA and Europe are leading the charge towards making insects trendy. In Copenhagen, chef René Redzepi is serving ants at Noma, one of the world's highest-rated restaurants. Meanwhile, in New York, several eateries are featuring insects and other crawlies on their menus. At Black Ant, crispy grasshoppers are loosely tucked under cheese and salsa in a crispy tortilla. At Pocha 32, silkworm larvae are sautéed in a spicy chili-soy sauce. And at La Slowteria, tequila-based cocktails are served with ground agave worms and salt. We are seeing more and more chefs get creative with bugs. A trend that has, well, legs.
Visit the original source of this trend at www.grubstreet.com
Back to Trends Listings
Tweet